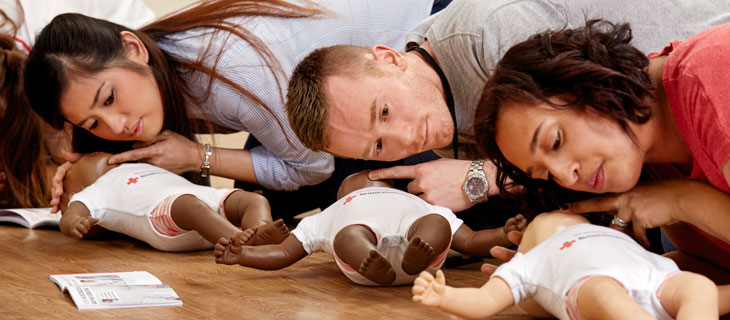 It's Child Safety Week from 6 – 12 June 2016, raising awareness of the risks of child accidents and how they can be prevented.

To mark the occasion, we're discussing proposed new legislation which would mean that from September 2016, all newly qualified child carers must complete paediatric first aid training.

The consultation closed in December 2015 and an update is due any day now, if the government is to meet its provisional timescale for the new legislation to come into effect from September 2016.

What is the new legislation on paediatric first aid training?

The government is also proposing the introduction of a voluntary quality assurance scheme for nurseries that choose to train all their staff in paediatric first aid, rather than just the number of staff needed to meet the current requirements for early years providers (as set out in the the Early Years Foundation Stage framework).

How will this affect early years settings?

According to the government, this will add approximately 15,000 trained early years professionals to nurseries and pre-schools every year.

The British Red Cross welcomes the changes to increase paediatric first aid training provision, which will provide increased peace of mind to parents and is a positive move towards raising the standard of care for young children.

Why is having a first aid qualification so important if you’re working in an early years setting?

Paediatric first aid training teaches first aid skills for responding to accidents and how to recognise and treat certain medical conditions in babies and children.

At present providers of professional child care services (e.g. nurseries and pre-schools) must have at least one person with a current paediatric first aid certificate available at all times when children are present, including when they are on outings.

Providers should take into account the following factors to ensure that a paediatric first aider is able to respond to emergencies quickly:

What are the benefits of training with the British Red Cross?

Our paediatric first aid course is suitable for people who care for children in any professional setting, including au pairs, nannies, childminders, nursery and preschool workers, sport and leisure staff and crèche leaders. It is recommended by Ofsted and highlighted in the EYFS.

On successful completion, learners receive a paediatric first aid certificate, valid for three years. It can be used as evidence for an NVQin childcare and education.