Rosie's story: "When my colleague had a heart attack, I knew exactly what to do" 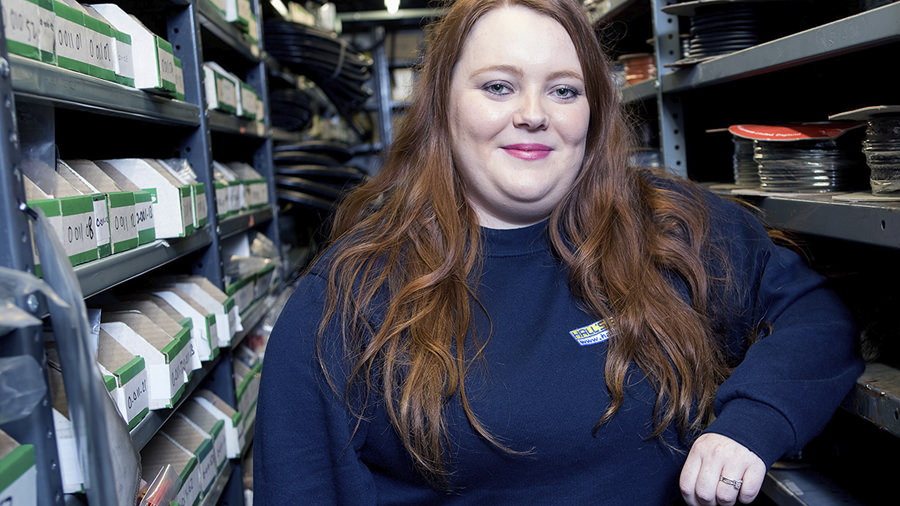 Rosie, a Key Account Supervisor from Halls Electrical Limited, attended a first aid training course. At the time, she wouldn't have expected that only one week later, she would need to put her first aid learning into practice.

"The course was really good. When my colleague had a heart attack a week later, I knew exactly what to do. He wouldn't be here today without the course teaching me the skills I needed to know"

"My colleague Paul came out of the toilet feeling very faint and he couldn’t get his words out. I tried asking him what was wrong, but he couldn't advise me; the colour from his face had drained and he was sweating."

Rosie realised that her colleague was having a heart attack when he complained of tummy pains and pains in his arm. Rosie's recent first aid learning kicked in. She remembered the signs of a heart attack; dull, heavy, central chest pain that may spread to the jaw or down one or both arms. There may also be indigestion-like discomfort in the abdomen.

"Without attending the course, I wouldn't have learnt about the signs to look out for when someone is having a heart attack. I don't think I would have picked up on it, as it was only from the course I learnt that the pain isn't always in the chest."

"I managed to lower him to the floor so that he could sit in a comfortable position."

Rosie rang the emergency services. Whilst speaking to the operator, she asked her other colleague to find the AED (automated external defibrillator), in case Paul became unresponsive and not breathing.

"I kept speaking to Paul to reassure him until the ambulance arrived."

Rosie explained, "I felt quite calm, as I knew what was going on."

Paul was taken to hospital and had a stent fitted. He was later discharged from hospital after making a full recovery. Doctors said that without Rosie's training and quick thinking, Paul may not be here today.

If you suspect a friend or colleague is having a heart attack they may dull, heavy, central chest pain that may spread to the jaw or down one or both arms.

If available in your workplace and you have been trained, you can offer the person an aspirin tablet to chew slowly, as this will help thin their blood.

Our first aid work courses give learners the skills and confidence to respond to a range of first aid emergencies they could encounter in the workplace, including someone who is having a heart attack.