Paul's story: "I used my first aid skills to help my friend who was choking" 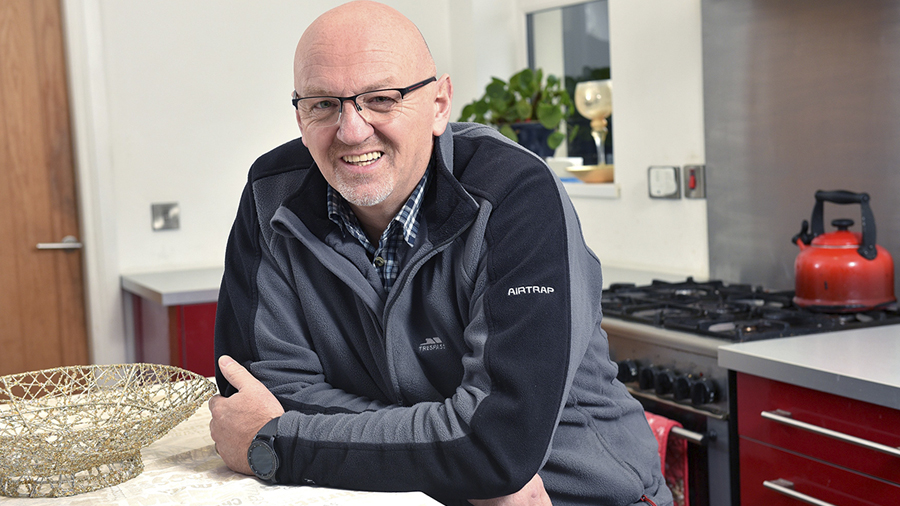 Shortly after completing a first aid course with the British Red Cross, Paul Nelson was at a Christmas golf society dinner when he had to help a friend who was choking.

"I hit him firmly on the back, between his shoulder blades a few times"

"We had just begun our main courses when I noticed my friend, who was across the table from me; he was sitting with his head over his plate. I knew something wasn’t right and I watched him get up from his seat, with his head facing down. He began walking between the tables beside me trying to leave the room" he added.

Paul could see that his friend was not able to breathe and something was stuck in his airway; he was choking.

"I positioned my friend, so that he was leaning forward. I hit him firmly on the back, between his shoulder blades a few times," Paul added.

These are called back blows. After giving five back blows, Paul noticed his friend's face began to turn blue.

"It was then that everyone in the room noticed what was happening. I gave him abdominal thrusts; I joined my hands around his stomach to form a fist and pulled my hands sharply inwards and upwards." Paul said.

Paul gave him another abdominal thrust and a piece of steak became dislodged and flew out of his friend’s mouth. He then started to breathe again.

"I took my friend to the bathroom, sat him down, reassured him and gave him a few sips of water as his throat was sore and he felt embarrassed. I felt he needed a few minutes to calm down" he added.

Shortly afterwards Paul and his friend made their way back into the room where they were met with a round of applause and they continued their evening.

"A lot of the people who were in attendance on the day of the incident have taken it upon themselves to attend a first aid course after what happened." Paul said.

Paul, who attended a British Red Cross first aid at work course, added "first aid is about having the courage to step up and use your first aid skills. I would very much recommend everybody to attend a first aid course."

Our courses are developed using the most up-to-date research and a commitment to quality. Your staff will gain the practical skills and confidence needed, to help in a first aid emergency at our courses that are enjoyable and hands-on.