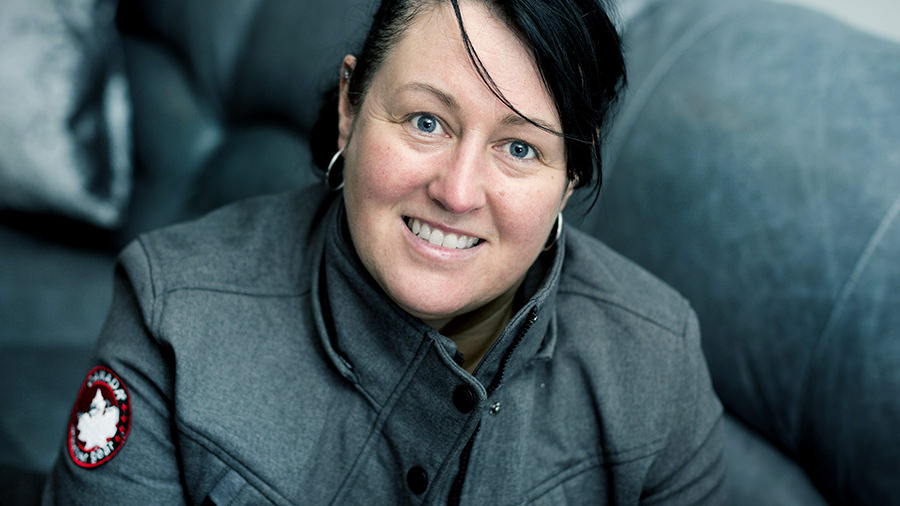 Nicola, a financial assistant from Kirkby, was on her lunch break at work when she saw an older man fall onto the pavement outside a bank.

“I saw a man fall on the pavement just ahead of me. There was a crowd of people surrounding him”

As Nicola approached the crowd, she informed the bystanders that she knew first aid. “I noticed that his face was quite pale and blue, I tilted his head back to check his breathing and I could see that he wasn’t breathing.

Nicola then asked someone in the crowd to call 999 for an ambulance and explain that the man was unresponsive and not breathing.

I recalled what I had learnt on my first aid course

Recalling what she had learnt on her first aid course, Nicola began chest compressions and rescue breaths, commonly referred to as CPR.

‘‘I felt anxious, but then adrenaline kicked in and I started giving cycles of 30 chest compressions followed by two rescue breaths. I put my hands in the centre of his chest and pushed firmly downwards at a regular rate. I gave rescue breaths by breathing into his mouth,” Nicola said.

As Nicola progressed with the cycles of chest compressions and rescue breaths, she noticed that the colour began returning to the man’s face.

The purpose of chest compressions is to keep the blood pumping around the body whilst waiting for emergency help to arrive.

Shortly afterwards, the ambulance team arrived and stabilised the man, before taking him to hospital.

‘‘Twenty minutes later the reality of what happened hit me, it didn’t seem real. I have been a first aider at work for a long time and I’m so glad that I didn’t just walk past” Nicola said.

The quick actions that Nicola took helped saved the gentleman’s life. Nicola later heard from the man’s family that he made a full recovery.

Nicola would definitely recommend that everybody should learn first aid.

‘‘The main thing I would say is don’t just walk past. If you don’t feel confident, don’t worry what people will think. I could have walked past, but I stopped and helped save someone’s life” she added.

If a colleague or friend is unresponsive and not breathing you should:

Our courses are developed using the most up-to-date research and a commitment to quality. Your staff will gain the practical skills and confidence needed to help in a first aid emergency at our enjoyable and hands-on courses.