Karen’s story: My husband owes his life to what I was taught by the Red Cross 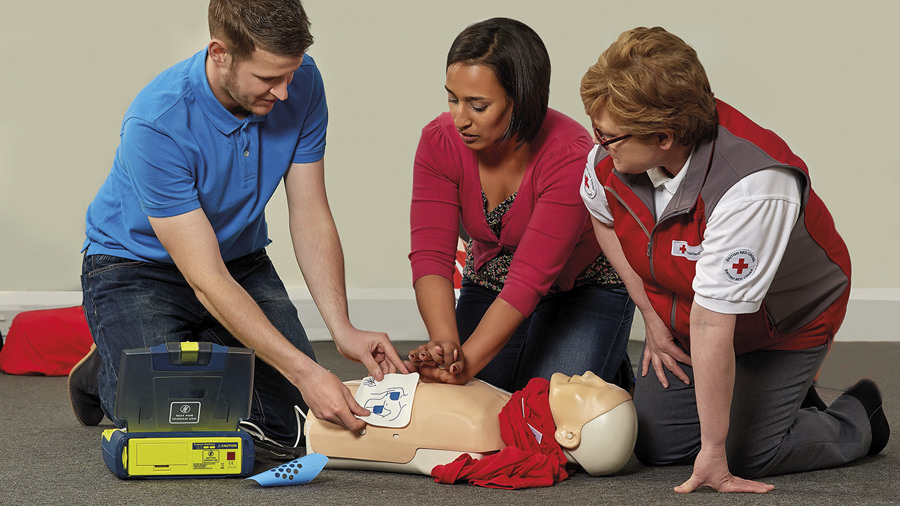 Karen* was at home one evening with her husband John*, who had just come inside after finishing his chores on the farm, when suddenly she heard a loud bang come from the other room.

“John was just walking into the house and was speaking to me from another room, when I heard an almighty bang. I initially thought he had tripped over something.” Karen explained. She rushed into the hall and saw John lying on the floor. After quickly assessing the situation she knew something was wrong.

‘‘He was trying to take breaths every so often, but they were short, irregular gasps which I knew wasn't normal breathing. I was shouting his name but he wasn't responding at all,” Karen said.

“I said, ‘I can do chest compressions,’ as I’d been on a first aid course." Karen explained. She suspected that her husband was having a cardiac arrest, a very serious condition which occurs when the heart stops pumping blood around the body and breathing becomes difficult. "I remembered what I'd learnt and continued giving him chest compressions while I waited for the ambulance,” Karen added.

When the emergency services team arrived, they used an AED to shock John’s heart.

They delivered a total of eight shocks. Karen thought she'd lost John and didn't expect him to survive the ordeal. She explained, ‘‘Don’t give up – keep going even if you think it may be too late. It’s not: keep going and use the skills you’ve learnt.”

Thanks to her quick actions and the work of the emergency services, John started to breathe again and was transferred to hospital where he underwent emergency surgery. Around a week later he was allowed home and continued recovering well.

"I received congratulations from medical staff for my quick actions and being able to give chest compressions immediately. Without the British Red Cross and the paramedics, things could have been entirely different."

‘‘My husband owes his life to what I learned with the Red Cross and for this we will both be forever grateful. I’ve encouraged my friends to take that step and learn first aid – it’s priceless in my eyes. Without attending the course I would have had no idea how to help,” Karen added.

Would you know the difference in a first aid emergency?

Cardiac arrest - When someone is unresponsive and not breathing they are in cardiac arrest.

Heart attack - A heart attack happens when the blood supply to the heart muscle is blocked.

* Names have been changed upon request.