Very few people get to say they saved someone’s life” 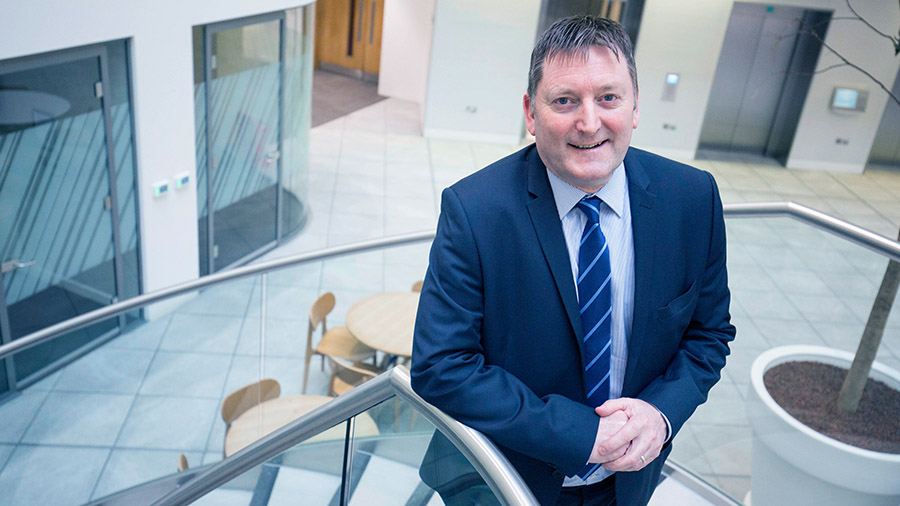 Thanks to his training, Chris knew what to do when Paul had a cardiac arrest in the office.

Chris was sitting at his desk when he was asked to help Paul, who had collapsed. Chris quickly assessed the situation.

"He was trying to take breaths every so often, but they were short, irregular gasps that I knew wasn't normal breathing," Chris said. "He wasn't responding at all."

"I told my colleague (who was speaking to the emergency services on the phone) that Paul was unresponsive and not breathing, and that I was going to give him chest compressions and rescue breaths."

Chris suspected Paul was having a cardiac arrest, which happens when a person's heart stops pumping blood around their body and they stop breathing normally. It is very serious.

"I'm used to dealing with everyday cuts and bruises but it never occurred to me that I'd have to deal with a situation as serious as this," Chris said.

The call operator asked if there was an automated external defibrillator nearby, but Chris' organisation didn't have one so he continued giving cycles of chest compressions and rescue breaths.

"It didn't occur to me how long I had been doing chest compressions for as there was no one else around who could help, so I had no choice but to keep going. My arms were tired but it didn't enter my thoughts to stop."

The emergency services continued with the AED and chest compressions until two teams of paramedics arrived shortly after with more advanced equipment, monitors and medication.

They quickly took Paul to hospital, where he had emergency surgery; he is now recovering well at home.

Chris' actions helped save Paul's life; by giving him chest compressions and rescue breaths, Chris increased his chances of survival.

"I have received an employee recognition award and a special thank you email from the CEO," Chris said. "Very few people get to say they saved someone's life."

Chris' story highlights the importance of having AEDs in the workplace.

"Our workplace consists of 14 floors and 3,000 staff," Chris said. "As a result of this serious incident, my organisation has now purchased three AEDs and training on how to use them."

Could you help a colleague who needed first aid? Our first aid courses give you the skills and confidence to respond to a range of first aid emergencies you could encounter, including helping someone who is: